What We Know: Cute or Cruel? How Facebook helped rescue a gibbon. And 4 ways to help.

Today we’re going to talk about some tough stuff but hang in there,

this story has a positive twist!

How much do you know about wildlife trafficking, my friend? Not all of us are world travelers and perhaps you’ve never seen a gibbon chained to a table in a market wearing a diaper or a monkey hunched over, scrunched up inside a tiny cage designed to hold gerbils or guinea pigs. But have you ever seen a photo of a vacationing friend with a monkey on their shoulder? Or an image on social media of a monkey wearing a t-shirt sitting on a couch?

It’s quite easy to think that because monkeys and apes are found in other parts of the world, that whatever the problem is, it’s for someone else to fix.

The reality, however, is not that simple.

Wildlife trafficking is a global crisis happening in all parts of the world, with all kinds of wild animals; and it's happening right in front of all of us.

The Facts of Life

And they have been evolving alongside humans for the better part of the last 10,000 years. (Studies now show that dogs have even developed the ability to empathize with human emotions.) They get us. They like us. And we like them.

Monkeys, apes, marmosets, elephants, tigers, sun bears – these animals are not like dogs. They are more independent. They are not interested in taking commands, and they have NOT evolved concurrently with humans. They have evolved to be highly specialized creatures in sync with their natural habitats.

When we remove wild animals from their natural environments and put them into human spaces (in our homes, our markets, sometimes even in circuses and unaccredited zoos), the animals must be over-powered for humans to maintain control.

People do this, unfortunately, in abhorrently abusive and violent ways.

A friend of mine works in an office that has a series of Andy Warhol paintings on the wall. The paintings depict a chimpanzee making different faces. Warhol's famous works were often created from photographs altering and manipulating colours to create paintings. This series of chimpanzee portraits were done in this way. Let’s dissect this...

Humans have a natural tendency to look at animals, inanimate objects, even natural phenomena and attribute human characteristics to them. It's called anthropomorphizing.

Neuroscientists have demonstrated that similar regions of the brain are involved when we think about the behavior of both humans and of nonhuman entities. This implies that the brain is using similar (or the same) processes to think about other things, as it does for thinking about other people.

It's not a problem, this is how our brain naturally works.

But it can be misleading, if we're not aware of it and paying attention.

At first glance of the chimpanzee images we see the subject thinking, plugging its ears, smiling at the camera, and so on. The subject is staged to be expressing human experiences and we see the human emotions expressed.

Upon closer inspection, you'll notice that the chimpanzee's eyes are not looking directly at the camera, but just offside the camera.

The chimpanzee is actually looking at it's 'trainer' - who is just out of sight ensuring that the animal follows cues to take the right picture for the photographer.

Depending on the size and strength of the animal, a trainer may or may not be holding an instrument for threatening or striking the animal to keep it in position and sitting still among all the activity of the lightening, staging, and photographer bustling around to get the perfect picture.

When people go on elephant rides in Thailand, you may have experienced or seen in photos on Facebook, the Mahout (the person sitting on the elephant's head, leading the animal) is often carrying what's called a khor. It's a wooden baton with a butcher’s hook at one end.

The Mahout kicks and pushes on the elephant's ears to direct it as the tourists ride it's back. Should the elephant step out of line, it will receive a swift and blunt strike

from the khor - likely more than one, until it gets back in line.

In this image on the left, we see a 'smiling' chimpanzee. But again, there's a catch, chimpanzees don't naturally smile like humans.

Chimpanzees do smile. But when they do, they cover their top teeth and only show their bottom teeth (if they show any teeth

at all - usually they don't show their teeth).

To a chimpanzee a human smile is seen as a threatening expression. When they are afraid or when they want to be intimidating, chimpanzees will show all their top teeth and do what is called a 'fear grimace'.

This means that in order for a chimpanzee to make a face that looks like a human smile (opening it's mouth to show it's top teeth), it must be feeling threatened by something nearby, off camera (like a handler with a stick), and/or it must be 'trained' through threats and intimidation to hold a fear grimace face in order to get the photo human's want.

In Thailand, young gibbons are captured from the wild (their parents and family members killed trying to protect them) to be sold as pets and/or taken to markets and beaches for tourists to have a photograph taken with these adorable exotic creatures.

And this is where it quickly becomes everyone’s problem and everyone’s responsibility to be part of the solution to stop this.

Perhaps you haven’t traveled to Thailand and had your photo taken with a gibbon on a beach, but maybe your neighbour has or your cousin or your Facebook friend from high-school. To be clear, we are not condemning anyone. The circumstances that have created these situations have a long history rooted in poverty, inequality, corruption, and other social and cultural factors now magnified under the lens of globalization and internet access. On the surface, a photo with a wild animal seems like a sweet and exotic experience. Baby animals are precious. A photo with an otherwise fierce animal, though docile in the photo, is exhilarating. We don’t hesitate to think about where the animal came from or how it got to be here doing these things; we just take the photo and post it. Others see it and they like it, they comment saying they wish they could hold a little gibbon or ride an elephant one day or visit a temple to play with a tiger. It all looks so amazing! Quickly a demand for these experiences is created, more wild animals are stolen from the wild to be confined and controlled for tourist attractions, more tourists come, more photos are taken and shared on social media for those back home, more and more people see the photos and share them across their social networks....

And so it goes that the suffering of wild animals and their trafficking is perpetuated.

Underneath it all hides an untold amount of pain and suffering for the life at the centre of it all.

This past week an endangered pileated gibbon (Hylobates pileatus) was rescued in Cambodia thanks to numerous people who reported a video circulating on Facebook of a gibbon chained to a hut by the neck. The Wildlife Rapid Rescue Team (WRRT) with the assistance of the local Forestry Administration Officers were able to locate and confiscate the gibbon, bringing her to the Phnom Tamao Wildlife Rescue Center for care and rehabilitation.

Ways For You to Take Action:

The good news is that anybody and everybody can get involved in the fight to stop wildlife trafficking with a few simple actions. Whether you're scrolling through social media, going on vacation or you find yourself in a situation where a wild animal is not in it's natural environment, follow these actions to help create a more compassionate world: 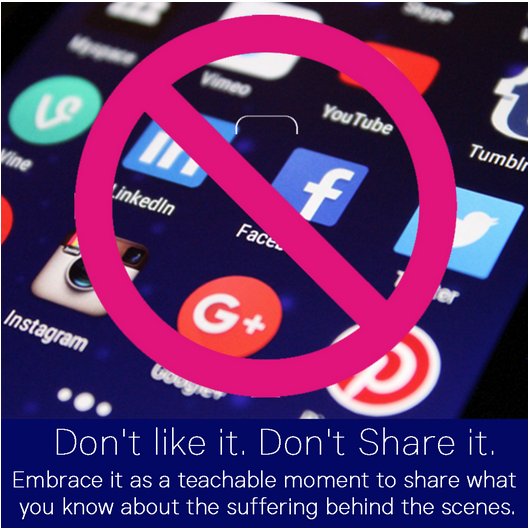 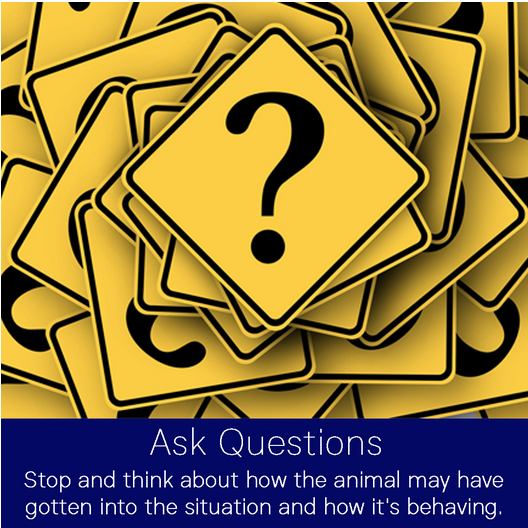 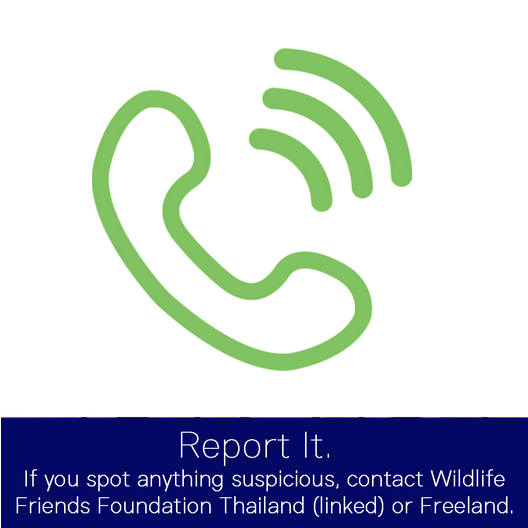 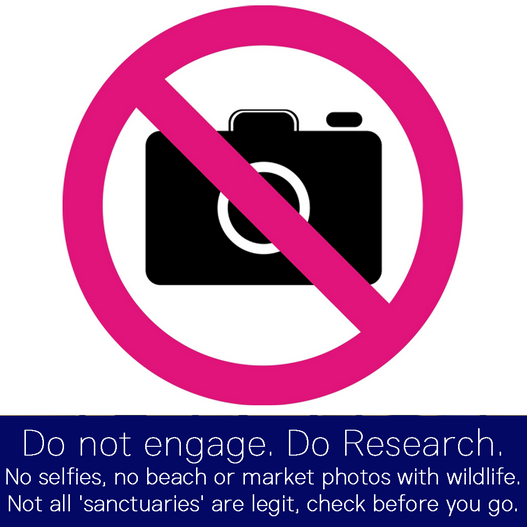 Raising compassionate global citizens is vital to creating a better world for people, plants, and animals. Currently, there are harsh and cruel aspects of our modern world (like Wildlife Trafficking) too difficult for sensitive souls to comprehend. At Prime Earth, we believe teaching animal kindness and respect is critical to developing confident, well-rounded future leaders. So, here are our tips for helping kids understand the issues with wildlife trafficking: [1] Focus on the fact that animals have thoughts and feelings too:

[3] Remind them that not all animals are the same:

[4] Focus on how amazing animals are in their own right:

Now You're In the Know:

Wildlife Trafficking is estimated to be the third most profitable illicit commerce in the world (after drugs and weapons), worth an estimated $10 billion (US dollars) a year, according to the U.S. State Department. We have touched on one small aspect of it here, but common contraband animals include birds (everything from hummingbirds to parrots to harpy eagles), turtles, crocodiles, snakes, mammals (like monkeys, apes, tigers, and more), and even insects. It's happening all over the world and we all have the power to take a stand and make a difference to stop the needless suffering of animals and create a more compassionate world.

Now you're in the know to take action and join us in creating positive change.

So until next time...